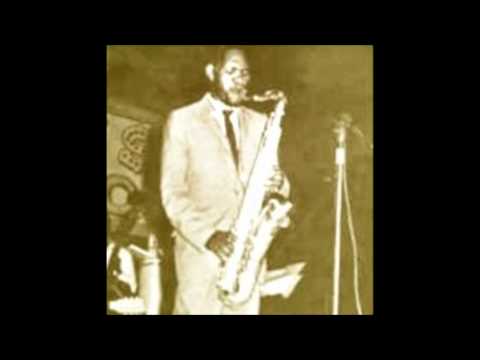 The word jaunty seems to have invented just to describe this song for it is a simple, saxophone-driven jaunty track. It has images of a besuited man strutting down the street, looking fine in his sharp threads, his shoes trying to outshine his smile. There is a  black and white film feel to this scene too as the music has a beat that makes this man walk slightly faster than one would in normal life.

As the man walks along, he sees friends whom he greets by doffing his trilby hat to them before bouncing off on his way. The word ‘midnight’ seems out of place in the title as there is too much sun shining in the song, but the word ‘ska’ fits perfectly with the track as there is an old-school ska mixed with jazz sound as Reggie’s sax squawks delightfully over a simple ska beat.

Reggie would write a good number of tracks for pennywhistle king, Spokes Mashiyane including ‘Phata Phata’ which Spokes recorded with Miriam Makeba. It is worth checking out other songs by Reggie (there are a good number to choose from on Youtube), but I keep coming back to this one. For me it’s the brightest, the bounciest and the one that puts the biggest smile on my face. It might also be because I love old-style ska.