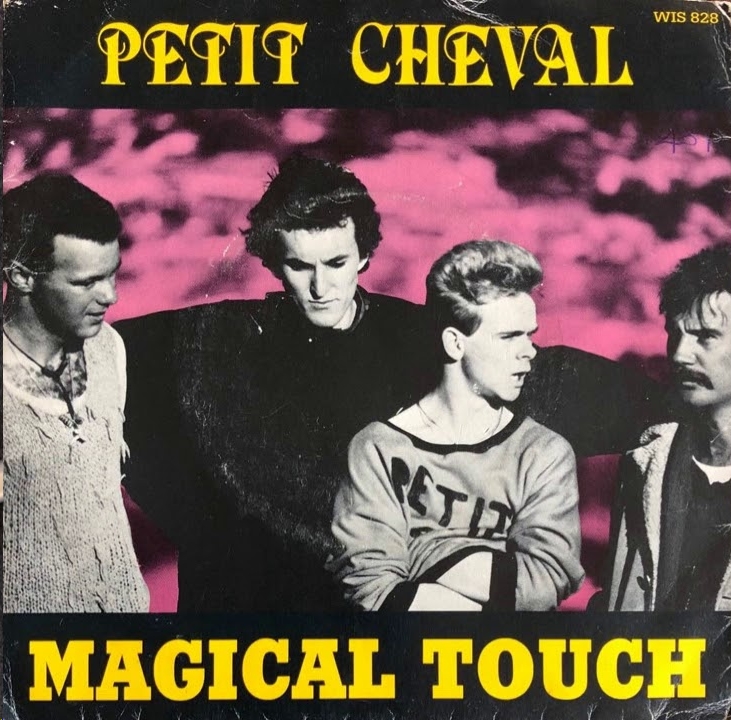 If you can imagine Spandau Ballet without a saxophone, then you will have an idea of what Petit Cheval sounds like. The main reason for this is the yearning vocals of Jonathan Sleby which has a close similarity to Spandau’s Tony Hadley. But listening to ‘Magical Touch’ there is more than just a saxophone missing as there is a kind of naivety to the synthesizers that dance around in the background while Selby does his thing.

Given that this was one of Petit Chevals very early songs, it is no wonder that there is a rawness and simplicity to the track. But then, have a listen to some of the early tracks of more famous (globally) new romantic bands like Depeche Mode who’s ‘Dreaming Of Me’ (their first single) also shows their inexperience. But, as with ‘Dreaming Of Me’, there was something in there that said this band were capable of greater things and it proved so in both Depeche Mode and Petit Cheval’s cases. Listen to other Petit songs like ‘Once In A Lifetime’ and ‘It Was The Wind’ to see how, even over their first album, they matured.

But there is always something appealing about going back to these original hits that brought a band to one’s attention. For a short while Petit Cheval were one of the biggest bands in the country and ‘Magical Touch’ was, for many if us, the first introduction to the band and will stick in our memories.