Archive for the tag “McCully Workshop” 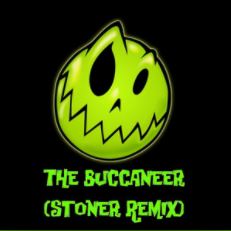 There have been a number of notable offspring of famous artists who have either gone on to greater things than their parents or struggled in the shadow of reputation of their father or mother. Julian Lennon and Dweezil Zappa spring to mind as an example of the latter while Kim Wilde and Jeff Buckley are examples of the former. We have not seen too many occasions of offspring of South African acts heading into the music business, but in Moyawetu we are given a glimpse at what can be done should a son or daughter try and follow in their father or mother’s footsteps.

The main dude (and he has to be a dude because this is a stoner remix) behind Moyawetu is James McCullagh who is the son of Mike McCullagh (of McCully Workshop fame). But not only does James follow in his father’s footsteps by making music, he also follows in his father’s lyricsteps as he covers a McCully Workshop classic in the form of ‘Buccaneer’, which Mike penned. However, James takes a very different approach to the track. As the name of the remix suggests, this is a stoner approach to the track and this is immediately evident from the very first slightly fuzzy bass note. The song is also re-done as though it is the story of the dude who escaped the yardarm being interviewed for American radio (James’ uncle, Tully McCully, is the interviewer). James’ vocals are beautifully stoned as he recounts the story of being accused by the Buccaneer of stealing the treasure.

It is a very much tongue-in-cheek take on the classic hit, but it is funky and cheeky and Cheech & Chong-y and will put a smile on your dial. The song ends with the interviewer saying that he finds the story hard to believe as ‘as far as I know there have been no buccaneers for the past 300 years, uness you have been caught in some sort of weird time warp’. To which stoned Terence replies ‘That’s what it is, man’. The interview then says, ‘Scotty take the ship forward.’ This just completes the joke. There may be purists out there who feel this is a sacrilegious take on the old classic and they can be like that if they want, but I think that they have missed the humour that is present in the original and I don’t believe that Mike or the other original Workshoppers would do anything but laugh and enjoy this classic cover.

A couple of years after McCully Workshop first burst on to the scene with their hit ‘Why Can’t It Rain’, they released a single called ‘Rainbow Illusion’. While the a-side of that single didn’t seem to bother the charts, the b-side climbed up to number 6 on the LM Radio charts (some sources say it only got to number 9). You can find ‘Rainbow Illusion’ as a bonus track on the CD re-release of their 1975 album ‘Ages’ while we had to wait till 2005’s ‘The Best Of’ CD to hear the b-side, a song called ‘Birds Flying High’, in the digital era and even then it wasn’t the original, it was a 1998 re-recording. Fortunately, a year later those wonderful guys at Fresh Records put the original 1972 version onto their excellent ‘Astral Daze’ compilation.

When one starts listening to ‘Birds Flying High’, and especially the 1972 version, one can hardly believe this is McCully Workshop, particularly if, like me, your first introduction to the band was ‘Buccaneer’, as there is a kind of jazzy flute intro underpinned by some cocktail lounge piano, or in the later version it is the piano at the fore and the flute in a supporting role. The vocals that arrive soon after this are dreamy and somewhat floaty a bit like…well, a bit like birds flying high, drifting around a warm blue sky.

This feeling pervades throughout the song as it glides around your head, occasionally soaring as the chorus swells on an updraft as the backing vocals join in and it drifts across from this jazzy folk into more rock territory. This is particularly marked in the 1998 version where the chorus is accompanied by a far more prominent guitar sound more akin to the ‘Buccaneer’ and ‘Why Can’t It Rain’ sound of the McCully’s catalogue.

Both versions are a good listen. The earlier one has shades of the Otis Waygood Blues Band to it, while the latter updates the sound with a more modern production, but does not lose the sense of freedom that a bird in the sky has. This may not have been a favourite of McCully fans, but it certainly made an impact on those at the old LM Radio and on Benjy Mudie and Brian Currin as they compiled the ‘Astral Daze’ CD. So stick either version on and get that Voelvry feeling from a pre-Koos Kombuis/Bernoldus Niemand/Johannes Kerkorrell era.

Okay this is an obscure one I know. And difficult to find. While McCully Workshop are well known, this song is not. As far as I can tell it only appeared on the b-side of their 1980 single ‘Rocket Ride’ which was released under the name The McCully Brothers. One may wonder why it hasn’t spent less time face down on top of a turntable as it’s a good rocker and it’s funny.

One may say, well McCully Workshop were serious rockers that’s why a funny song by them did get too much exposure, but I would disagree. I think there is humour in their hits such as ‘Buccaneer’ and ‘Chinese Junkman’. Not in your face humour, its more a subtle humour in there, but with ‘It’s My Sister’s Boy Friend’s Band’ it’s a more obvious humour. The song starts with the singer moaning about his sister’s boyfriend’s band. Lines like ‘It’s my sister’s boyfriend’s band/playing songs I just can’t stand’ and ‘Oh how I wish they’d leant to sing in tune’ clearly show what he thinks of the band. So he goes on to sing ‘I suppose that I will have to show them what to do/because I’m a singer myself/and I know what to do’.

He forms his own band with some success ‘but the neighbours just don’t want to take anymore/cause it’s my girlfriend’s boyfriend’s band/singing songs that they just can’t stand’. The music industry is tough and everyone’s a critic. There will always be someone who doesn’t like what you are doing is the message.

The McCully’s sing this tongue-in-cheek song in their usual rock style with electric guitars and drums and sharp-edged vocals which can stand alongside their hits with pride as a quality rock song. There is a slight Status Quo feel to the rhythm of the track and a cheeky grin in the mix, but it’s worth a listen, particularly if you want to annoy the neighbours 😊

Where to find it:
B-side of their 1980 single ‘Rocket Ride’ released on Nitty Gritty records.

One time member of The Usual, James Stewart makes beautifully crafted pop songs. And ‘A Man Like You’ is no exception. On this sentimental song, his emotional-without-being-X-Factor-warblingly-irritating voice floats over the gentle instrumentation. The song seems to glide along on a shiny surface of polished production and plush sounds.

The words tell the familiar tale of a man feeling lucky with the woman who has fallen in love with them. Men are often criticised for not showing their true feelings, but when James sings here about ‘feeling like a stranger in this world’ and how he does not really feel deserving of love, then he will ‘thank my lucky stars each night Because they’re the only reason I can see Why a beautiful woman like you could ever love a man like me’.

‘A Man Like Me’ topped the SA Rockdigest charts back in 2002 and spent 2 weeks there and it was no surpise. The album that produced this chart topper along with 2 other songs that topped those charts (‘Shine’ and ‘Gravity’) has a list of personnel involved that is packed with names from the who’s who of SA music. Bright Blue’s ‘Dan Heymann and Tom Fox help out in the instrumentation department along with Paul Tizzard, Yoyo Buys and Voelvry-er Jannie van Tonder. On the production side, it’s only McCully Workshop’s Richard Black behind the desk with James Stewart and Joe Arthur pops in to help master the final affair. With talent like Stewart’s and friends like his, it’s not surprising we got a song as good as this from a man like him.

Live at the Waterfront: