Archive for the tag “Kalahari Surfers”

Trans Sky consisted of Kalahari Surfer’s Warrick Sony and Urban Creep’s Brendan Jury. They would come together for 1 album (‘Killing Time’) and 1 single (‘Slow Thighs’) and would not sound much like either the Kalahari Surfers or Urban Creep. With a title like ‘Durban Poison’, one would be forgiven for expecting a stoner kind of track as the phrase is used to refer to a particular strain of marijuana.
But the song and the lyrics are far from the drug. Instead, the lyrics use ‘Durban poison’ to describe the toxicity of modern society. The first verse refers to a suburban woman seeing her children ‘grow up in Durban Poison’. It seems to challenge the ‘American Dream’ lifestyle that we are promised, reminding us of the struggles, we all face.
Musically, the song kicks off sounding like something off Primal Scream’s ‘Screamadelica’ with its syncopated rhythms and beats. However, within seconds Jury’s viola injects the track with a kind of desolate melancholy as it cries like a mournful bird circling in the sky. The vocals are gothic laden, at times reminiscent of Bauhaus’ Pete Murphy, at other times akin to The Awakening’s Ashton Nyte.
Overall there is a dark and dense feel to the track. The thudding beat feels like someone trudging through a thick undergrowth in a humidity drenched climate. It is a far cry from the sun, sea and surf that Durbs is usually associated with. It makes the sometimes asked question, ‘What’s your poison?’ take on a strange new slant. 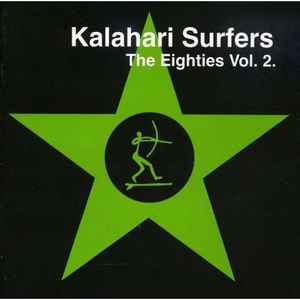 Kalahari Surfers do not do easy listening and even before you start listening to ‘Limpet Mine’ the mere song title will tell you that that rule will still apply once you hit play. And this suspicion is confirmed as soon as the beat starts. It’s an edgy sound that introduces the track, an ominous beat that portends a restless song ahead. And then the rapped vocals hit in, and they seem to be coming through a public address system and it’s a bit like those you expect from a dystopian regime ordering the public to behave in a certain way. And this all adds to the unease of the song.

The lyrics are full of images of war and violence: ‘there is pain in the air’, ‘somebody pushed a button and she flew into a rage’, ‘your brother will forgive and throw another stone’ and ‘he’s Agent Orange, insecticide’. These describe a man and a women, both of whom are highly strung and wrapped up in hate and violence. The kicker comes in the last line: ‘we are limpet mines/yellow at heart/living in a country that’s blown apart’. This is a hard-hitting song about the state of the nation during the turbulent eighties.

The minimalist hip-hop beat and ragged-tooth vocals captured the times we were living through back then. It pulled no punches, but then that’s what the Kalahari Surfers did. They were an in your face band, holding up a mirror to the nation so that they could see how ugly the reflection was. This was not one of the more popular protest songs from the era but it is probably one of the most hard hitting which is why it was largely overlooked as it was too uncomfortable to confront back then. With hindsight, it still packs a punch, but perhaps is just a little bit easier to listen to now.

Where to find it:
The Eighties Vol 2 – Kalahari Surfers, Microdot, MDCD 008

Contrary to the beliefs of the authorities of the day, the Kalahari Surfers were not people running around using a certain brand of washing powder to try and turn everyone in the Kalahari whiter than white. However, those dudes (for of course all surfers must be called dudes) were about as far away from the Kalahari Surfers I have just described as the Kalahari is from Parliament in Cape Town, in fact even further than that.

The first clue to realising this if ‘Don’t Dance’ was your first exposure to the Surfers (as it was mine), is that it was included on the End Conscription Campaign compilation album ‘Forces Favourites’. The song has a persistent synthesizer bass line that reminds me of an instrumental remix of The Human League’s ‘Hard Times’, but unlike the clinical sound the League create, there is a slight fuzz to the Surfers’ sound which gives it a certain rawness and grittiness, as if it is coated in a layer of Kalahari dust. It it is aural equivalent of a soldier coming back to base after a week or two in the bush.

And from the word go you are told not to dance. But this is not telling you not to foxtrot, pogo, tango, floss, boogie or even to do the Mashed Potato, it is quickly made clear that the song is a call to people not to dance to the tune of the government’s conscription policy. The rapped lyrics basically were saying, ‘open your eyes man, this situation is not right’ and towards the end of the song you get the sounds of an army drill just to remind you what you should not be dancing to. The persistent bass line becomes almost oppressive as the song continues, asking if you really want to dance to this monotonous message that you keep getting. It’s not easy listening, even now that conscription and apartheid are a thing of the past, but give it a listen. Just don’t dance to it. But you can Surf.

Back in 2001, record label African Dope were putting out some interesting music. Based in Observatory in Cape Town, they tapped into a chilled out hip hop groove that was happening in the Mother City. They brought us the likes of Felix LaBand and a rejuvenated Kalahari Surfers, but one of their early released garnered a lot of interest on the local music scene and that release was Moodphase 5ive’s album ‘Steady On’.

The album spent 5 weeks at the top of the SA Rockdigest charts and went on to spend 54 weeks in that publication’s top 20, the all time record for those charts. The title track also topped the singles charts, although it only spent 1 week at 1 and 4 weeks on the charts.

It’s a funky song, with a laid back rap and some soulful vocals courtesy of Ernestine (‘Ernie’)  Deane giving an overall feel not too dissimilar to The Fugees. It chugs along on a steady bassline with the rap being the driving pistons that keep the song moving while Ernestine supplies the scenery. And there’s something very Cape Town-y about it. Perhaps it’s the sunny but laid back feel to the song that captures the soul of the city and bottles it into just under 4 minutes of groove ‘n jazz funksoul.

The album spawned 5 SA Rockdigest hits, 3 of which topped the charts and it was clear then, that this was a special group. Sadly they only made one further album, but Ernie did go on to do some solo work and brought us the amazing ‘Praha Paradise’ as well as working with Mikanic. Listening to ‘Steady On’ may find you demanding more from this seminal band, but perhaps you need to obey the song title and just be grateful for what you’ve got.

The Freedom’s Children song asked the question, ‘In 1999 will you still be mine?’ and did so in a dense, heavy rock fog. The Surfers were less concerned with matters of the heart as in their song they wanted to know, ‘In 1999 will we still around’ and they did this in a rather loose, somewhat punk-ish way. The vocals have a strange menacing feel to them while the music is somewhat avant garde with a down and dirty production that keeps the song raw and edgy. Lovers of guitar music will enjoy the instrumental break about three quarters of the way into the track where the guitar is set loose for a work out.

The album that ‘1999’ appeared on called ‘Living In The Heart Of The Beast’ manged to get noticed in the UK and was favourably reviewed in some of the music press there, however this did not translate into commercial success.

The year 1999 has come and gone and the Kalahari Surfers are still around, so we have the answer to the question they posed back in ’86, but that is no excuse to ignore the song. It is still as brilliant a rough gem now as it was back then.

Where to find it:
Living In The Heart Of The Beast -Kalahari Surfers (1986), Recommended Records 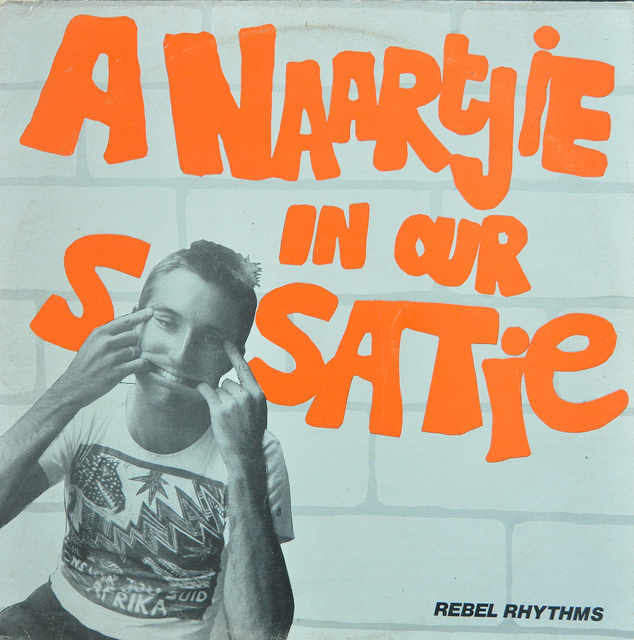 How, one may ask, can we pray for civilization if it is difficult to find any to pray for? Then again, the title of this Kalahari Surfer’s song may just be a prayer for people to start being civil to each other. Given that the track appeared on the ‘A Naartjie In Our Sosatie’ album which was first released on Shifty Records in 1985 when the country was in upheaval, I would suggest that even if the latter was not what the Surfers had in mind, it certainly would be appropriate.

Warrick Sony and his band throw together a mish mash of sounds and samples into what at times seems more of an aural collage than a song. It is not an easy song to listen to with sounds sticking out at different angles. Jazzy saxaphones fight with a stuttering, stumbling beat while a preacher prays for the safe return of armed forces. A coughing guitar splutters and a weird operatic lady (the fat one?) sings a strange, almost strangled wail.

This is modern art music where the artist attacks the canvas with forms and lines and blobs and splashes to create a mood, a feeling of what they are trying to portray. Samples and slogans are thrown into the mix to get the message across. ‘Prayer For Civilization’ was an ambitious song and would not have sat easily on any turntable. It needs to be experienced rather than listened to.