Archive for the category “James Phillips” 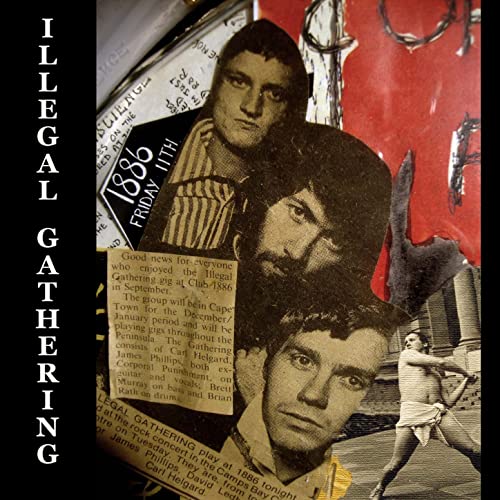 Illegal Gathering where one of the many Shifty records signings that featured James Phillips. Phillips had been in The Cherry Faced Lurchers, Corporal Punishment, Suburban Blank Boys and What Colours and appeared in the line up of Illegal Gathering alongside Karl Helgard, David Ledbetter and Wayne Raath.

‘Button Your Lip’ first appeared on ‘The Voice Of Nooit’ which was released as a cassette feature Corporal Punishment on the other side of the tape. The songs for the album were recorded in Cape Town in 1985 and would include a version of ‘Hou My Vas Korporaal’, a song that Phillips would make famous under the name Bernoldus Niemand’

Like a lot of the songs from Phillips’ bands at the time, ‘Button Your Lip’ has an ominous sound to it. It’s edgy stripped down stuff that was never going to have people flocking to buy it. It was aimed at an alternative market. One for whom music needed to prick one’s conscious, one for whom words meant more than a happy tune you can dance to. ‘Button Your Lip’ has a strange fascination to it. It lures you into an unsettled place and shakes you up a little before ejecting you, leaving you feeling somehow enriched by the experience despite the discomfort it brings.

During the 80’s in South Africa, gatherings were banned and people had to button their lips if they did not want a run in with the law. But people like James Phillips and his various bands did gather to create some of the most important music of the time. ‘Button Your Lip’ is just one of a multitude of tracks that came out of those creative groups. 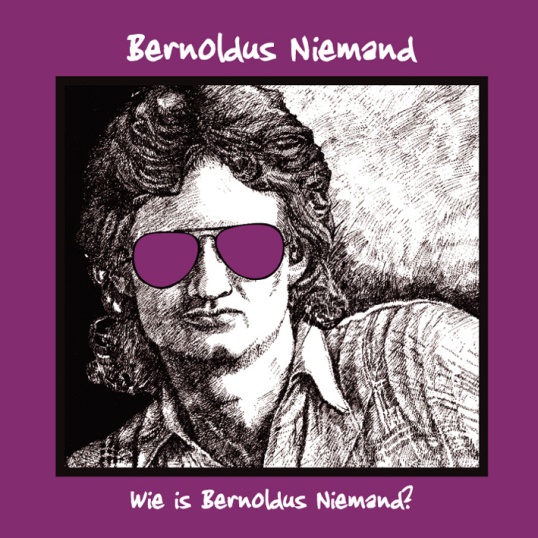 If you put the word ‘reggae’ into Google’s translate machine and ask for the Afrikaans of it, it comes out as ‘reggae’. Odd that. But one man who realised that you can translate reggae into any language, even Afrikaans, was a cetain Bernoldus Niemand. And if you translate Bernoldus Niemand into English you get James Phillips.

Closing the ground breaking album ‘Wie Is Bernoldus Niemand’ (released just over 33 years ago for those of you who want to feel really old), this dub laden piece still feels weird to listen to. Virtually all recorded reggae of note features Jamaican accents and Jamaican slang but with this trippy tune, we find a dude singing in Afrikaans in a heavy East Rand Seth Afrikin accent. And it is only the accent and language that make this feel wonderfully strange as the music could quite easily have been recorded in the West Indies with Augustus Pablo or Scratch Perry at the desk.

Having done with all the other tracks on the album, Niemand decides to end his masterpiece by kicking off his tekkies, lighting up a spliff and seeing out the album in a haze of dagga smoke. ‘Al’s is lekker hier’, he kroons in his slightly slurred voice. And indeed it is. No matter what language he choses to sing in – he mixes English and Afrikaans together – these reggae vibes is almost as cool as the purple sunglass toting dude on the cover of the album. It was mostly Afrikaans rock music that Phillips inspired with his Bernoldus Niemand persona, but he did get a few of those whom he led to try their hand at reggae. Koos Kombuis did, for example, ‘Babilon’ and ‘Duco Box Rasta’, Valiant Swart brought us ‘Onna Cheek’ and Akkedis sang ‘Ai Man Rasta’. These are all worth a listen, but they don’ come as cool as this. 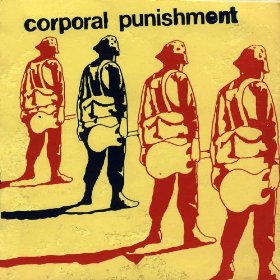 In the UK, Punk was born out of the disaffection with the dire economic situation there and a general boredom with prog rock. In South Africa, it tended to revolve more about the disaffection with the political set up of apartheid. But where the UK punks tended to be thrashy and noisy, spitting out their venom, their South African counterparts were more refined, but no less vociferous.

‘Johnny Conscience’ is a dark and brooding affair. It slinks down an unlit back alley in a seedy city, furtive eyes looking left and right, hands pushed deep into pockets. It wearily climbs the stairs, the smell of piss and vomit all around, and finally gets to the dingy flat where it shoots up and fades into oblivion. It weaves its way round your mind, unsettling your nerves and leaving you drained. But there is something addictive about it that keeps luring you back into its foreboding lair. And what is music if it doesn’t make you feel?

When ‘Wie Is Bernoluds Niemand’, his only album under this name, came out in 1984, the public were not quite sure what to make of this cool looking dude with purple shades on the cover. With years of experience under our belts, we now know that that dude was James Phillips and that he made some brilliant music.

‘Snor City’ is an ode (or odour perhaps) to Pretoria, where Bernoldus pokes fun at the city’s moustachioed civil servants that littered the place. Bernoldus acts as your guide around the city, searching for “net een skoon bo-lip”. The song is cheeky, some (mostly Pretorian bureaucrats of the 80’s) would say irreverent and disrespectful, but then it wouldn’t have had any impact if it wasn’t.

Starting out with a dub bass sound, ‘Snor City’ sort of slides gently into gear. It’s slinky and, despite the subject matter, sort of sexy. It has the sound of one of those songs that play over a scene in a movie where the hero (or heroine) is driving through a city at night in a limousine or taxi watching the lights go by and contemplating some major life event. It’s almost like the song is taking a drive round your streetlit brain as you contemplate the hair on your upper lip.

The version on ‘Wie Is…’ is far slicker than the live version that appeared on the ‘Voelvry Die Tour’ album. The latter does not have that limousine feel to it, it’s a bit more like taking ride a beat up Ford ‘Snortina’ through the lunchtime traffic. It doesn’t matter which method of transport you choose, either way, it’s a journey you have to take.

Shot Down In The Streets – The Cherry Faced Lurchers

Shot Down In The Streets – The Cherry Faced Lurchers 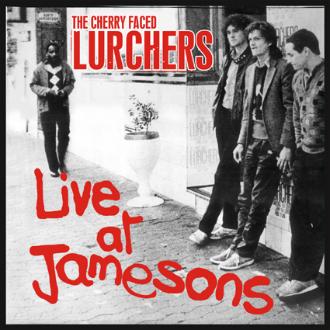 The late great James Phillips was the driving force behind the Cherry Faced Lurchers and Jamesons was the legendary club where the politically astute bands of the 80’s made their name. Live At Jamesons, recorded by Shifty boss Lloyd Ross, is not only an important album in South African musical history, but is also an integral part of the history of the struggle against apartheid.

One of the strongest tracks on the album is ‘Shot Down In The Streets’ which is full of real white guilt, (not some of the pseudo guilt that has become fashionable since the fall of apartheid). The lyrics are biting and the rough edge to the live recording coupled with Phillips aching vocals make ‘Shot Down In The Streets’ an absolute essential South African track. As Shaun de Waal says in the liner notes to the Retrofresh CD release of ‘Live At Jamesons’  ‘It is a song that speaks directly to the hearts and minds of a youth taking a cold hard look at who they are as white South Africans.’

Read the last stanza in the lyrics below. That is what the song is about, and if that doesn’t grab you and twist your guts in a knot, then you’ve probably never experienced real white guilt.

Where to find it:
Live At Jamesons – The Cherry Faced Lurchers (1985) Retrofresh, FRESHCD132

Long have we all waited
Many times have we seen
In the eyes of the labourers
In the eyes of the neighbours
A feeling that leaves none to guess
Who’s been doing what
For who & when for less & who’s
Been left out there with
Dust on his dead feet,
Shot down in the streets

Look right, at the sunset
Look left, pour the tea
Look on in amusement
Milk first and mass crazy here
Nowhere else in the world can you
See so many monsters & mutations
That creep out so efficiently & leave
You wondering what happened to all
Those sacred things, they got
Shot down in the streets

New morning, new morning
Old ways get away
But here in my cradle
I lie incapable
I’m a white boy who looked at his life
Gathered in his hands and saw it was
All due to the sweat of some other man
That one who got
Shot down in the streets