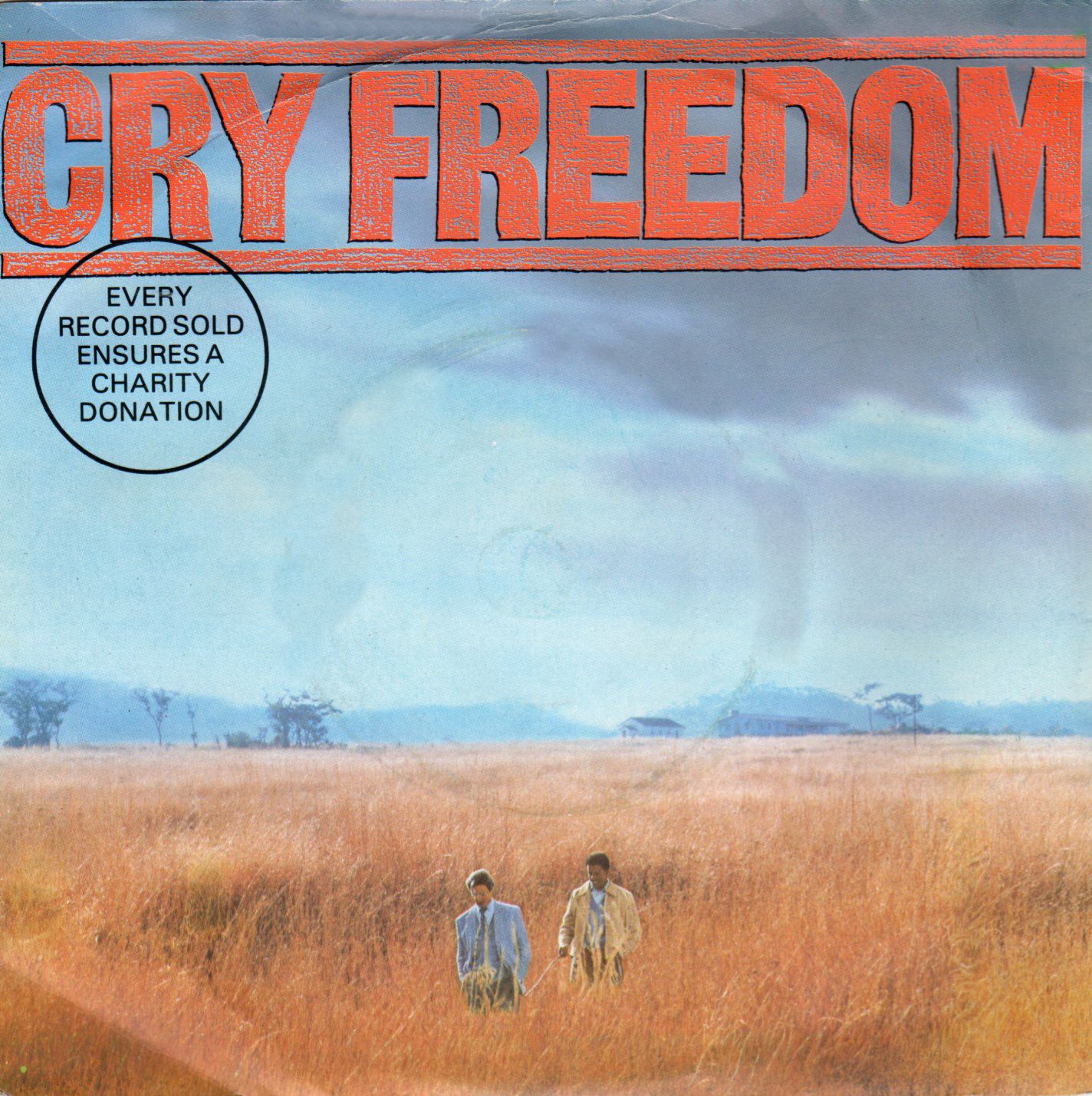 Thuli Dumakude was born in Lamontville near Durban. In the early eighties she rose to fame playing Poppie in the stage production ‘Poppie Nongena’. The stage play toured the world and in 1984 she won the Laurence Olivier Award for ‘Actress of the Year in A New Play’. Apart from her acting career, she also was a recording artist and songwriter. One of her writing credits is found on the soundtrack to the film ‘Cry Freedom’, a film about Steve Biko and Donald Woods which starred Denzel Washington and Kevin Klein as the 2 main characters. It is from this soundtrack that ‘The Funeral’ comes.

However, despite having the title ‘The Funeral’, the ‘original’ part of the track lasts just 1 minute and features Thuli singing a plaintive ‘funeral’ song which is unaccompanied by instruments, but during which she is joined by a choir. The sound echoes like a cry across the beautiful hills of Kwa-Zulu Natal, heralding the loss of a significant person in the community. This rattles the heartstrings as the emotion in the singing expresses the pain of the people.

But after this short introduction, the song suddenly launches into the most rousing version of ‘Nkosi Sik’ilele’ iAfrica’. Starting with an unaccompanied choir of beautiful women voices and that lovely bass singing that white people just can’t do. After the first verse of just the choir singing, the hairs on your arms are already at attention and the goosebumps are preparing to launch. The second verse finds the choir joined by a full orchestra and the power of this just blows one away. And the song doesn’t stop growing as layer upon layer of orchestration is added to the voices which grown to a crashing crescendo which transport one to a higher plain. There is an absolute triumph in the rendition of ‘Nkosi’ which is completely at odds with the earlier ‘Funeral’ part of the song and one can only think of the line in Peter Gabriel’s song ‘Biko’ – ‘You can blow out a candle, but you can’t blow out a fire’. The first part of the song laments the candle having been blown out, but the second part rages like a fire.

This arrangement of ‘Nkosi’, to me, is the most rousing I have ever heard and I would say that it could be regarded as the ‘Hallelujah Chorus’ of Africa. One cannot fail to be moved by this.