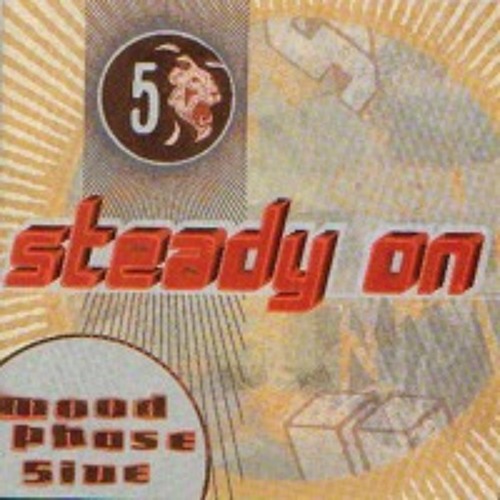 Back in 2001, record label African Dope were putting out some interesting music. Based in Observatory in Cape Town, they tapped into a chilled out hip hop groove that was happening in the Mother City. They brought us the likes of Felix LaBand and a rejuvenated Kalahari Surfers, but one of their early released garnered a lot of interest on the local music scene and that release was Moodphase 5ive’s album ‘Steady On’.

The album spent 5 weeks at the top of the SA Rockdigest charts and went on to spend 54 weeks in that publication’s top 20, the all time record for those charts. The title track also topped the singles charts, although it only spent 1 week at 1 and 4 weeks on the charts.

It’s a funky song, with a laid back rap and some soulful vocals courtesy of Ernestine (‘Ernie’)  Deane giving an overall feel not too dissimilar to The Fugees. It chugs along on a steady bassline with the rap being the driving pistons that keep the song moving while Ernestine supplies the scenery. And there’s something very Cape Town-y about it. Perhaps it’s the sunny but laid back feel to the song that captures the soul of the city and bottles it into just under 4 minutes of groove ‘n jazz funksoul.

The album spawned 5 SA Rockdigest hits, 3 of which topped the charts and it was clear then, that this was a special group. Sadly they only made one further album, but Ernie did go on to do some solo work and brought us the amazing ‘Praha Paradise’ as well as working with Mikanic. Listening to ‘Steady On’ may find you demanding more from this seminal band, but perhaps you need to obey the song title and just be grateful for what you’ve got.