I Love You – Springbok Nude Girls 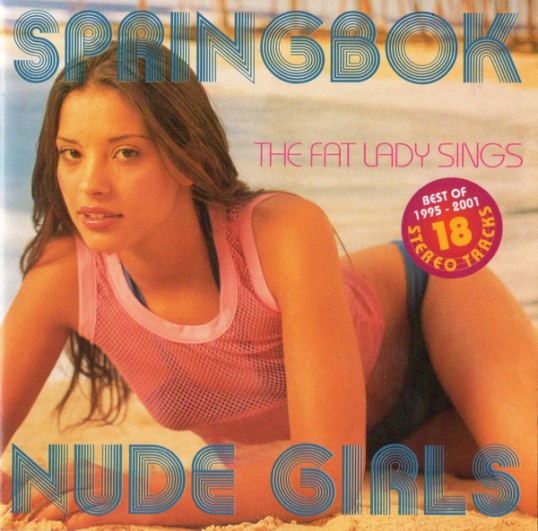 Many of us, I suspect, spent a lot of teenage hours wondering what someone whom we fancied would say if you told them that you loved them. Would they reject you or would they admit to having similar feelings about you? This is one of the great angsts of growing up that almost all of us suffer through.

I once met someone who went to school with Arno Carstens, the lead singer of the Springbok Nude Girls and from what they said, its not too surprising that Carstens has no problems asking the question in the Nude Girls’ ‘I Love You’. He has that confidence and swagger that most of us envy. And this shows through in the cocksure way he sings ‘What would you say if I said I love you’ in his inimatable way.

And the rest of the Nude Girls gather around to support him with their trade mark warm brassy sounds and this song also includes a slightly trippy organ interlude. This is a rather strange song in that it doesn’t rely totally on the drums and guitars to create that dirty grungy sound. There are some gravelly guitars but it is the trumpet, voice and organ that star on this epic track. Like the hoped for response to our admission of amor, we responded to the Springbok Nude Girls’ question by say, yes, we love you too, especially this track.