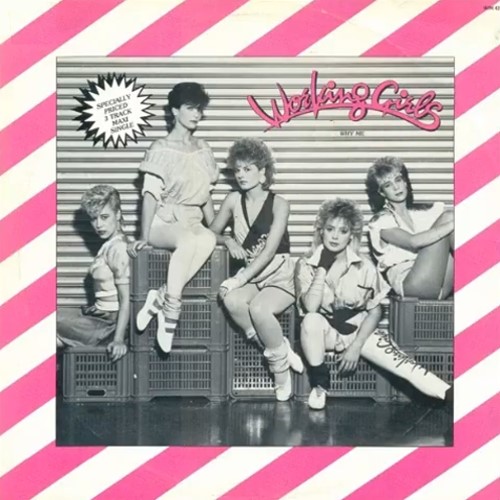 Was the name of this group and the song inspired by Dolly Parton’s 1981 hit ‘9 to 5’ which was taken from a film of the same name and which was about women in the workplace? Or did the inspiration come from slightly further back when in 1980 Sheena Easton arrived on the scene with her ‘9 to 5 (Morning Train)’? Listening to this 1984 hit from the Working Girls, I would say that the latter was more the inspiration as the lead vocals by Julia Jade Aston are quite similar to Sheena’s (and Julia just needed to add an ‘E’ at the front of her surname to have the same one as Sheena Easton).

The song is a synth driven one that takes on the sound of the time and the intro sounds a little like that of Michael Jackson’s ‘Beat It’ (although it also reminded me of the song ‘Space Invaders’ by Player 1). The strong beat accompanies the strong vocal to produce a solid 80’s dance track that precursored the Hi-Energy craze of that decade.

The song made it to number 26 on what had become the Springbok Top 30, peaking 4 places lower than the Working Guys (also known as Face to Face who were the male equivalent looks wise and who also had an Aston in the band, he was Jarrod Aston) who reached 22 with ‘Here We Are’. Julia Jade Aston had already had some success with Café Society, singing lead vocals on their popular ‘Somebody To Love’ and she went on to release a few solo singles, but ‘Working Girls’ would be her biggest success chartwise.