The Rock Machine – The Bats 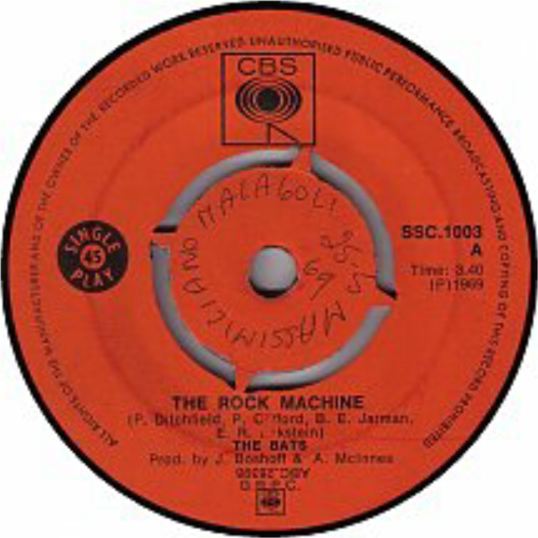 The Rock Machine – The Bats

In the days before disco we had rock and that is why The Bats could only recored a song called ‘The Rock Machine’ and only later Trevor Rabin and his friends came along with a band called Disco Rock Machine. The Bats, however, did a really good job of producing some fine rock with this little ditty.
It starts is a slightly, erm, batty manner with a very posh couple listening to and opining about some lounge style piano with the posh man eventually saying ‘By jove, do you think it’ll last?’ to which the posh woman replies, ‘Oh definitely it’s really quite super’. However they were wrong as the piano is sudden thrown out of the song and The Bats come in with a chant of ‘Way Hey The Rock Machine’.
We are not privy to the reaction this couple may have had to the intrusion of a rock machine into their peaceful piano music, but we don’t really care as we are caught up in a catchy Beatles-esque pop song which brings in folky and psychedelic elements into this melting pot, including a classical guitar interlude where one almost expects the return of the posh couple, but they don’t have time to get a word in because the songs descends into a swirling psychedelic spiral.
It’s not the easiest song to listen to with its shifting twists and turns. It’s a little experimental, but there is something catchy about it and sits on the poppier side of the pysch-rock that bands such as Freedom’s Children were making at a similar time. It is the folkier, hippy-happier side of the genre and there is not a disco beat in sight.