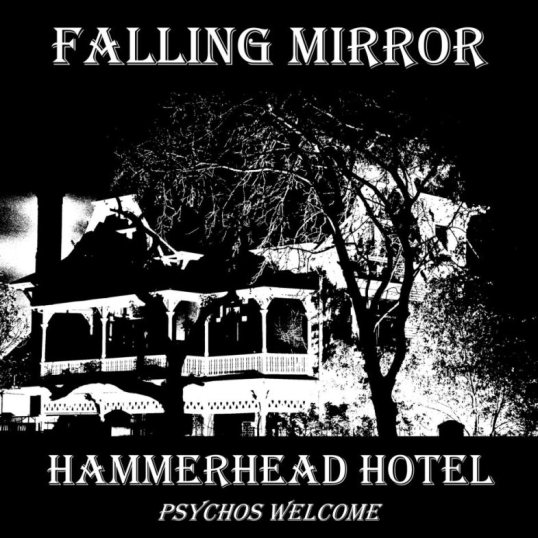 Falling Mirror’s commercial success seemed to end once their classic hit, ‘Johnny Calls The Chemist’ had scaled the charts on a number of the local radio stations. In 1986 they went on to record the quirkly single ‘Let’s Paint The House Pink’ which was meant to be a track on their fifth album, but that album never materialised and all went quiet on the Mirror front.

Then, a decade later in 1996, they were back in Tully McCully’s Spaced Out Studios and this time they were serious about putting out an album, recording sufficient material for one including the title track, ‘Hammerhead Hotel’. This is a funky bluesey number that reflects (pun intended) a bit of the psychotic side of the band with references to pyscho’s and schizos floating around the lyrics. Neilen Marais’ vocals are somewhat yowly (with hints of Elvis in there), giving the song an added edge while Allan Faull’s guitars burn a path of blue flame through the heart of this worthy come-back song for the band. The song stomps along at a cool movie hero walking down the street pace. It’s slick and grimy, scary and seductive, out of control and perfectly in control. It seems to find synergies in opposites.

Despite this strong track, the hoped for revival did not arrive at that time as the album only got a download release on the now sadly defunct Rhythm Records download site and only a few tracks from that album can be found on the band’s website (see ‘Hear here’ below for link). But this was not the end of the strangely enduring story of Falling Mirror as in 2010 they brought us their final album (as Faull and Marias), ‘Special Agent Duck’. Sadly in the October of 2013, Allan Faull died of a heart attack while working on a new album.

Where to find it:
Currently unavailable