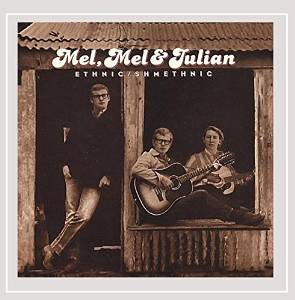 If you wrote a song called ‘O Waly Waly’ would you expect it to be a hit nearly 400 hundred years later? Probably not, especially if you wrote it in the 1600s and you did not know what a ‘hit’ was back then. Anyway, whoever wrote ‘O Waly Waly’ ended up having (with a lyric change) the song sung by some of the modern world’s music luminaries including Bob Dylan, James Taylor and Joan Baez. These modern troubadours (I’m calling them that so that the dude from the 1600’s knows what I’m talking about) sang the song as ‘The Water Is Wide’.

And in South Africa (which hadn’t really been invented back in the 1600s), we bestowed the honour of recording this song onto the very accomplished trio of Mel, Mel And Julian and they did a jolly good job of it. What has always impressed me about Double Mel and Jules is the crystal clearness of the singing and with this folk classic they don’t disappoint. Aside from the beautiful voice of Mel (not sure which one), there is the wonderfully plucked guitar of Julian and a cello (if I’ve got my instruments correct) and the three of these elements weave a magical 2 minutes and 46 seconds that are as moving as the the flowing of the wide water.