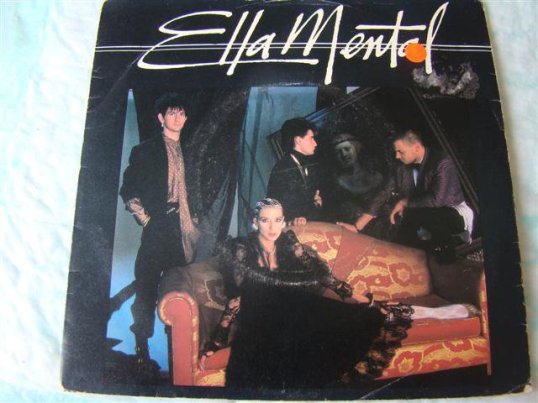 According to one website I found, in 1985 when this song by Ella Mental was released, the population of South Africa was 31,307,880. This meant that if Ella Mental were referring to South Africa, then only 1,307,880 people weren’t lonely. This is a very low percentage of the population. However, listening to the song, I don’t think we should be looking for statistical accuracy. Furthermore, the song has a more positive message than the title suggest as Heather Mac sings “There is an answer”.

Strangely this song did not feature as a bonus track on the Retrofresh release of ‘Uncomplicated Dreams’ the bands only South African release (they did make a second album in the States which seemed to get very little coverage back home). Beginning with some moody guitars, the song soon swings into gear and, as Heather’s distinctive vocals kick in, it is recognisable as classic Ella Mental. The strong chorus plays off against the slightly quieter verses and there is a great instrumental break to allow Tim Parr free reign to show off his guitar skills.

The song made it to number 11 on 702 Radio’s charts, but failed to get on to the Springbok Radio, Capital 604 and Radio 5 charts. Perhaps it was the slightly political undertones – the line “Why are people hungry” possibly a reference to the downtrodden in the country. But at a time when Bright Blue were incorporating ‘N’kosi Sik’ilele’ into a Radio 5 number 1 hit (‘Weeping’ if you really didn’t know) there was no excuse why this song didn’t climb at least onto that chart.

Where to find it:
Singles bins if you’re lucky