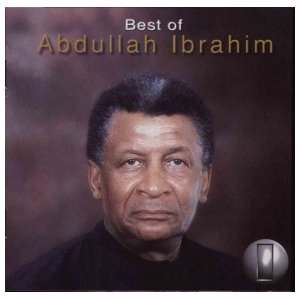 Also known as Dollar Brand, Abdullah Ibrahim was one of a number of the country’s talented musicians who, because of apartheid went into exile and did exceptionally well. Born Adolph Johannes Brand, he is still one of the finest jazz musicians to come out of South Africa.

Mannenberg, a relaxed piano and throaty sax piece was first recorded with Basil ‘Manenberg’ Coetzee who also did the sax work on Bright Blue’s ‘Weeping’. The piece became very popular in the townships during apartheid and has been called by some ‘the unofficial soundtrack to the anti-apartheid resistance’, which is slightly odd in that there is no anger to be found in the song.

Ibrahim has re-recorded the song a number of times and quite often it will be listed as ‘Mannenberg Revisited’. Unlike some of the anti-apartheid songs, this one can be listened to comfortably while relaxing over a glass of wine at the end of the day. Not that there’s anything wrong with other anti-apartheid songs, it’s just that none were as relaxed as this.